Dear All - please save the date and join us for the first ENTOV-HVM Network Roundtable Meeting on Wednesday January 22nd and the first ENTOV-HVM Training Workshop on Thursday January 23rd in Zweibrücken, Germany.
The event will be hosted jointly by the Competency Center "OPINNOMETH" (Operational Excellence and Innovation Methods) at the University of Applied Sciences in Kaiserslautern (see https://www.hs-kl.de/en/betriebswirtschaft/aus-der-bw/kompetenzzentrum-opinnometh/) and the ed-Media e.V. Institute for Innovation in Education and Business Processes (see https://ed-media.org/de).
This is a preliminary announcement and details will follow in the next few weeks.
On the first day everyone who participated in the COST 2019 proposal, is currently interested in participating in the ERASMUS+ Knowledge Alliance and / or ERASMUS MUNDUS Joint Master Degree proposals is invited to get to know each other, share notes etc. Any and all new members of the tribe who will join us by the…
Kommentar posten
Mehr anzeigen 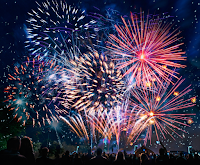 Last night we submitted our first proposal: Proposal Reference OC-2019-1-23678 “Open European Network for ENTerprise InnOVation in High Value Manufacturing” to COST (European Cooperation in Science and Technology). Congratulations everyone !!!!! The official “collection” of the proposal will be at 12 noon on September 5th and the funding decisions is indicated as being March 25 12 noon 2020. If the proposal is funded, further individuals may join the action, however they will not have voting rights in the management committee.
Regardless of whether our proposal is funded, we will start working against the proposed plan – although this may be rather slow since funding for networking costs (and time spent) is obviously not available. We will though be actively searching for industry sponsorship of the various work-packages as well. In the end however please consider participation as “marketing costs” for gaining new revenue – in that respect this and the following proposals may just be a…
Kommentar posten
Mehr anzeigen

Act and Scene Structure for "The Innovation Journey" (including training course)

Please see below for the emerging act and scene structure. As you will notice each act/scene builds on each other to then, as a whole, create the innovation journey experience.


Each act/scene will be accompanied by a "commentary" which contains suggestions for the act/scene settings, an explanation of the context, learning objectives, learning resources, discussion questions, and writing assignments. This is then the foundation for the training course / Master level certificate that we have discussed previously and which is one of the COST proposal deliverables.

Systematic and experimental innovation with foresight of the complete diffusion journey occurs.


An enthusiastic initial coalition of the willing forms and is confronted by reality.

Cast of "The Innovation Journey"

First efforts are slowly underway to write the script of our 45 minute “Play in a Day” interactive actor directed play in five acts for all ages. The script will also act as the structure for the training programme at events (see COST proposal).
This post introduces the cast of characters which will be assumed by participants and also mirror the roles in the innovation webs we have discussed previously. There may well be changes moving forward as the script evolves, however if you would like to apply / audition for a role let us know :)


Future posts will start sharing the details of the script as they emerge.


The "Play in a Day" format is getting some good resonance and is well suited for letting participants experience the journey of innovation - there are a few indications of first events being possible and let us know if you are interested in organizing a performance wherever you are.
Cast of Characters Innovator(s): One or more persons who have a “really really” good idea…
Kommentar posten
Mehr anzeigen 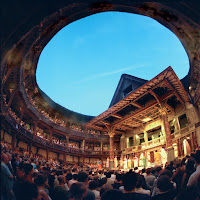 All - following up from the previous post (https://open-european-innovation-network.blogspot.com/2019/08/workshop-take-innovation-journey-in-day.html) please find a first cut at a more complete description. Please note that the concept allows for participants to chose the "idea" which they would like use; this can be anything, yet I suspect it should be specific and relevant to the context of the participants, i.e. if it were a group from a high value manufacturing company they might chose one of their (future) products?
Please do let me know what you think and what opportunities you perhaps see for an initial event? there is room for all of us to contribute and share the experience - which is slowly developing a life of its own!
If you would like to join Raimonda and myself in continuing to flesh out the concept (both in respect to a stand-alone offering and for a funding proposal) please do let us know. Extended description as follows:
***********************************…
Kommentar posten
Mehr anzeigen

Workshop - "Take the Innovation Journey - in a Day - on Stage"

All - in my last post (https://open-european-innovation-network.blogspot.com/2019/08/so.html) you will have seen that one of the work-packages for the ERASMUS+ Knowledge Alliance proposal we will be exploring is "5. Stage-play “Journey of Innovation”: Create a concept translating the Debra Amidon “Childs Book” and ENTOV-HVM “Wow Story” into a stage script and then an interactive stage-play (including video version). Submit concept “stand alone” fror other deliverables to funding organization, i.e. German Kulturstiftung des Bundes (next submission date 31 January 2020) ensuring that 20% project funding is solicited separately (perhaps via www.kickstarter.com)."
Raimonda and I are researching this idea and wondering whether this stage experience could actually be "created" by the participants of a work-shop (instead of consuming or participating in a "finished" product. Today I came across https://www.pigiron.org/education/leadership-training and their &qu…
Kommentar posten
Mehr anzeigen

Getting Back on the Road after our Summer Lethargy :) 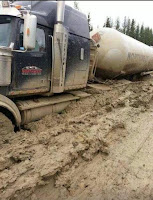 So.... summer vacation is probably over for most of us (or nearing its end) and time to get back on the road (even if it may seem a little difficult after our breaks) - hope you had some great times and have good stories to tell!
Over the past month or so Nuno, Filipa, Lynne and myself have submitted a short paper titled "A Framework for Accelerating Innovation through Innovation Webs" for the Conference on Automation Innovation in Construction (CIAC) 2019 Conference (https://sites.ipleiria.pt/ciac/en/) on November 7th and November 8th. There have also been various discussions on offering Master students thesis topics building on this. We will share the paper as soon as possible. There is also some work being done to support an industry panel session at the ONLINE 7th CIRP Global Web Conference focused on "Towards Shifted Production Value Stream Patterns (http://www.cirpe2019.com/) on October 16th-October 18th (do join!). There is also ongoing work with Raimonda on the…
Kommentar posten
Mehr anzeigen

To date our discussions have revolved around the concept of innovation webs and how they can be used to accelerate innovation from ideation to market saturation in high value manufacturing at individual, (sub-) group, enterprise, regional, intra- and international level. We now move to applying the concept of innovation webs to specific manufacturing technologies based on the insights provided by the Gartner Group in the form of "hype cycles" - this will be the data we base our investigations on for answering the exam question "How can innovation be accelerated to a "heart-beat". Or in other words, how can innovation webs help break down barriers that are preventing us from exploiting technologies successfully piloted at a local level at an enterprise level or higher?
Gartner Group hype cycles have for many years (starting in 1995) heavily influenced industry decision making an investment patterns in respect to "interpreting technology hype". Gartne…
Kommentar posten
Mehr anzeigen
Weitere Posts