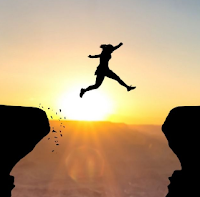 Dear all – based on the first set of case studies being gathered and evaluated for our conference article (see https://open-european-innovation-network.blogspot.com/2020/04/online-cirpe-2020-8th-cirp-global-web.html) please see below for a very first draft of the discussion section. Currently much too long to the conference article, however a good foundation to condense from and at the same time important material for the following journal article. Please remember that the intent of the articles is to set a stake in ground regarding our applied research approach via appropriate peer reviewed publications and permanent references. The below draft is obviously only preliminary and there are a few more case studies pending to be integrated, however the general pattern of insights is becoming clearer. Very simply put – why do we continue to research and invent without thinking of our later adopters and preparing for the funding and resources needed to diffuse to them at pace (see https://open-european-innovation-network.blogspot.com/2020/05/a-first-comparative-view-of-actual.html)? Comments welcome as usual! The image is from https://soulspring.org/have-the-courage-to-take-intuitive-leaps-of-faith and not sure if that leap is going to work out....

Changes to the Research Method during the Investigation

Changes to the Dependent Variable of Interest during the Investigation

The dependent variable of interest thus evolved from an “absolute” measure for “Forecast Time to Market Saturation” measured in time periods to a measure “relative” to the planned time to value generation which is of primary interest to the Business Sponsor and Investor. The question of “how long will the innovation journey take” to “will the innovation journey complete to schedule” moved to the front of the case study investigations. This evolution of focus furthermore led to the classification of roles into two groups in those that were “core” to creating the idea itself and were primarily aligned to TRLs (therefore the key user,  the inventor, the product owner and the business sponsor) and those roles whose contribution was the “acceleration” of the diffusion journey as a whole (therefore investor, influencer, super user and moderator). The closer the innovation journey is completed to schedule the closer the progression of diffusion will be to a projected / planned ideal and thus the lower any relevant risks and uncertainties related to time, cost or quality. During this process a potential gap in the research method was identified related to the lack of a diffusion forecasting model for the time needed from ideation to a TRL level that enables launch of diffusion into the first market adoption phases; while the generic diffusion of innovation model suggests that such is embedded in the overall diffusion patterns it is unclear whether the Bass Model applied for the forecasts also applied robustly enough with the TRL evolution. Further investigation of this question is recommended.

The Validation of Maturity Levels

The innovation journey assessments were aligned to maturity levels and this alignment then reviewed with interviewees in respect to the degree they align with their perceptions. In all cases interviewees affirmed that the alignment was “good enough” for understanding the degree to which their expectations of time to value generation might be met. The simple nature of the assessment enabled conversations around relevant actionable interventions.

A covariate analysis of case study results was performed on all answers gathered through the case studies in order to determine potential dependencies between variables. Due to the low amount of data available the statistical uncertainty associated with analysis results was considered to be high and thus the results of interviewee validations weighted highly in order to arrive at a “good enough” approximation for purposes of the research study and implementation recommendations for interviewees. Key insights were:

1.       The lower the total diffusion time, the more likely it was that there was a high overall maturity score of the accelerator roles in the population accompanied by a high overall maturity score for the idea in respect to availability of budget and resources, urgency of need, observability of impact and compatibility with existing ways of work.
2.       In respect to the idea the degree of innovativeness, technical readiness level, and degree of complexity did not appear to correlate significantly with the total diffusion time.
3.       In respect to the population the individual maturity level of roles correlated less to total diffusion time than the aggregated maturity of accelerator roles.
4.       The more accurate the forecast of total diffusion time, the higher the subjective confidence of interviewees in their answers.

The verification of insights with interviewees resulted in two basic reaction patterns. Those interviewees with deep industrial experience immediately agreed in the tenor of one respondent who mentioned “It is not unusual to launch projects without appropriate funding, resources or sponsorship and hope for the best. Most efforts are leaps of faith since even the most robust plans will constantly change. The key success element is having the that mixture of participants that can handle the challenges of the changes that will occur”. For those interviewees with primarily research or academic experience the overarching importance of populating the accelerator roles and permitting an idea to evolve as a collaborative effort were highly revealing since their primary focus was on the process of invention versus diffusion of such; indeed as one interview suggested “We had not realized the importance of funding and sponsorship at the very beginning of research.” Ongoing discussions suggest that based on the case study work both groups of interviewees appreciate the need for deeper integration of the TRL process with the diffusion of adoption cycle.